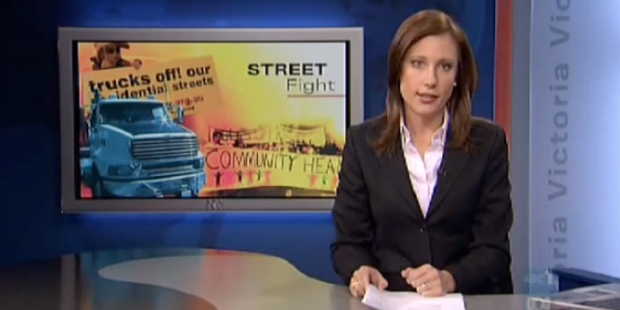 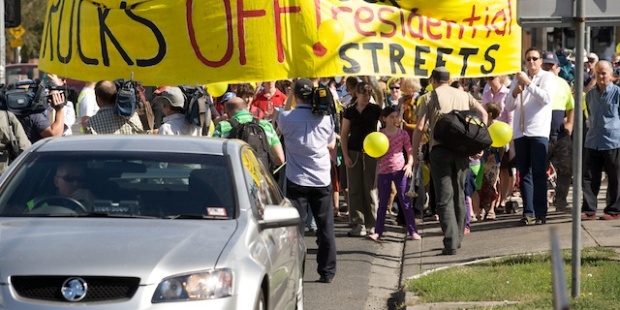 Thanks to all who attended today to make this protest such a great success. Here are a few pics from the day.

The Eddington Report is possibly the best news MTAG has had since it was formed nearly four years ago.It basically recommends everything we have been asking for since MTAG’s inception. It is not perfect and needs tweaking but if his truck action plan is implemented it will solve most truck traffic problems in the inner
Read the rest of this article Even though the ban on trucks has been in force for some months some trucks continue to use the shopping strip as a through way.Click on thumb to read the number plate. In April of this year MTAG commissioned a study into the impact of truck traffic on residents of the inner west.Approximately 1000 surveys were distributed throughout Yarraville, Kingsville, Seddon, and Footscray. Of these 500 were placed in letterboxes on the major freight routes of Francis St, Somerville Rd, Williamstown Rd and Buckley St. The remaining
Read the rest of this article

MTAG has prepared a submission for the Eddington East-West needs assessment study. Download our submission as printable pdf (1.5MB file)

Health Study in the press

The health study results made the cover of The Mail and The Star and featured in Leader. This is the front page story in The Star (click to enlarge)